We are the Heroes, Master Class!

In the academic year 2014/2015, I was one of 22 highly motivated students who had the opportunity to participate in the MC CEE under the competent and friendly support of Prof. Dr. Arnold Schuh, Director of the MC and of the Competence Center for CEE. I applied for the MC CEE in October 2014 in the first place due to my Slovak-Hungarian roots, as I wanted to gain a deeper understanding of the opportunities and challenges of doing business in this particular part of Europe. The members of MC CEE 2014/2015 had no idea yet that working on the project “Scenarios for CEE in 2040” (the topic of the MC CEE in 2014/2015) and cooperating with important corporate partners and representatives of local CEE “heroes” would provide us with such an in-depth comprehension of what it takes to be successful in Central and Eastern Europe. In addition, thanks to the program, we had the chance to actively experience CEE, its culture, economy, food, and social life during our sponsored field trips to Bratislava, Krakow, and Sofia.

During the course of the months that we spent together, we heard CEOs from CEE countries stressing multiple times that people and teams in organizations matter and that they are the primary asset for achieving sustained growth. In the MC CEE, we were an excellent team because we learned to respect, trust in, and care for each other. Therefore, most importantly, I am thankful for having had the enriching experience of meeting like-minded people with roots in at least 10 countries of the CEE region. As a group, we spent plenty of time together in formal as well as less formal settings, which allowed us to bond, have fun, and form potentially life-long friendships.

Last but not least, it also needs to be emphasized that the attractiveness of the program lies in its highly professional organization, which can be ascribed to the boundless commitment of Prof. Schuh on the one hand, and to the kind sponsorship of corporate partners from various industries on the other. 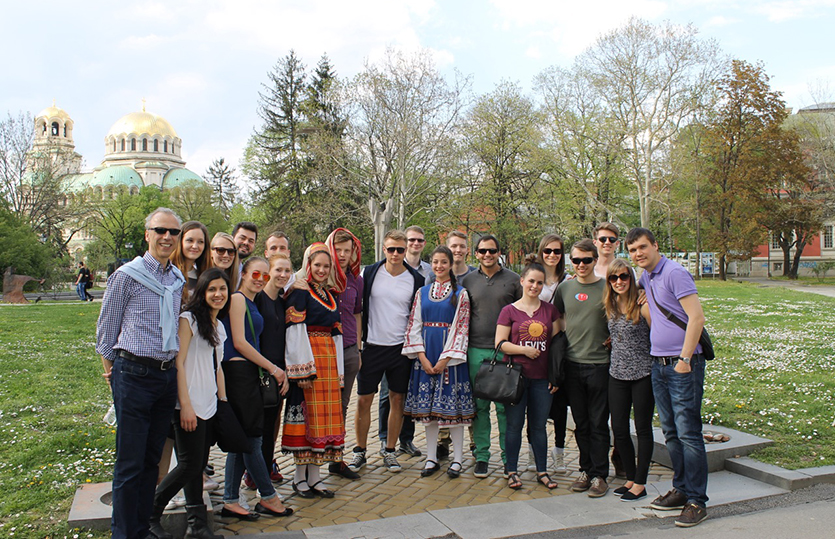 Overall, the MC CEE was one of the best choices I have ever made during my studies and definitely an unforgettable experience with interesting people from different corners of Europe. So if YOU have a particular interested in CEE-related topics, if YOU want to get to know like-minded students from a broad spectrum of master’s programs at WU and most importantly, if YOU wish to learn from experts, corporate partner best-practices, and companies operating in various CEE countries as well as industries, do not hesitate to apply by October, 16, 2015!

Do you speak the language of business?

Our goals? No waste and minimal resources!

“The Vienna Innovation ProgramWU is the perfect opportunity to dig deeper in various innovation topics.”