Writing a master thesis on something you have experienced yourself shouldn’t be too difficult, should it? At least this was what I thought at the very beginning of my research project. Now I know better! Having spent one amazing year as an Erasmus student in France, I am very emotionally attached to anything that has to do with student exchange. And since student exchange stays are intercultural hotspots, I was determined to dedicate my research to the ‘Erasmus effect.’ Oh, I should mention that I wrote my thesis in order to complete my degree in Cross-Cultural Communication and International Relations at Newcastle University, UK. This probably also explains my enthusiasm for everything that has to do with intercultural matters.

Given that the Erasmus program is widely regarded as one of the EU’s most successful policies, a vast amount of research has been done on it. Most studies so far have been conducted to evaluate the potential effects of an Erasmus experience on European identity development among young people. I wanted to find out, however, how students who had already completed an Erasmus semester actually perceive the concept of European identity. Which images pop up in their heads when they think of the European community? So I made the following my overarching research question: How do higher education students conceptualize the notion of European identity in relation to their own identity after having completed an Erasmus sojourn? 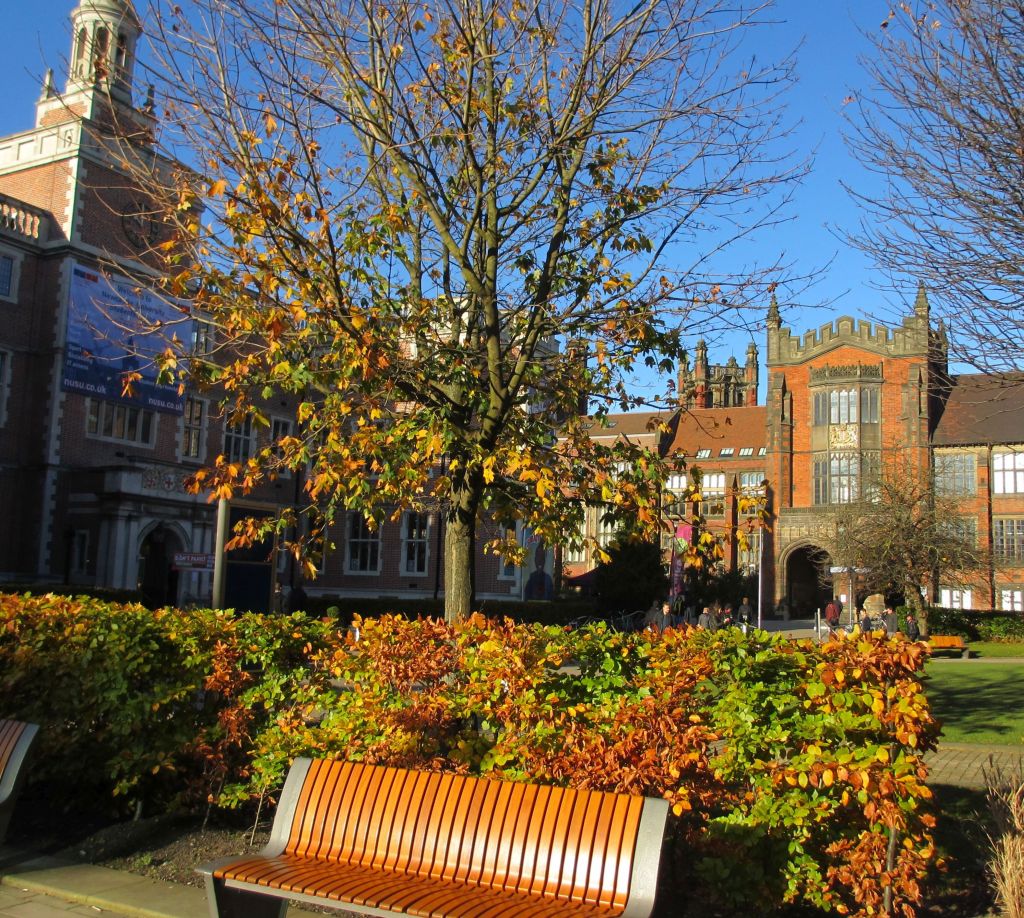 Investing considerable time and effort into my proposal really paid off and I was able to fully focus on the content of my research for about three intensive months. But writing an objective, unbiased literature review about the Erasmus program and European identity was quite challenging, as I always had my own knowledge and memories from France in mind. Case studies, which were derived from in-depth interviews with former Erasmus students from Austria, created the basis for addressing the question of European identity. As I was still in Newcastle at that time, I became even more thankful for the existence of Skype (although I have been a fan since my first day abroad) in order to carry out the interviews. Having my own Erasmus history was sometimes a hazard, but it was also helpful in designing the interview questions, as I knew what an Erasmus stay roughly looks like. Interviewing people and digging deeper and deeper was extremely fascinating, as it allowed me to unveil latent thoughts the participants had not even been aware of themselves.

“What does European Identity mean to you?”

“What does European identity mean to you?” Of course I did not ask that directly. But I was able to sketch a sound picture and draw conclusions premised on thematic content analysis. Here are a few of the results in a nutshell: in general, participants agreed that European identity is still embryonic and will only intensify over time. Their answers suggested that the emotional bonding factor through interpersonal relations, for example during an Erasmus sojourn, is essential in order for it to develop further. Especially profound friendships that extend beyond the Erasmus semester may result in an enduring connectedness with people from other parts of Europe and consequently promote a sentiment of inner-European belonging. The interviewees often referred to Europeans as more similar to each other than to people from other continents. On the other hand, they could not really describe characteristics that distinguish Europeans as such. But then again, they stressed how much they thought Europe’s peoples differed from each other. One participant, however, pointed out that European identity could be regarded as unity in diversity, which I personally find a very appealing approach.

Researching European identity was not only of academic value, but also made me rethink my own Erasmus experience and understanding of identity. Either way, student exchange does not seem to want to let me go. I am now working at WU’s International Office and consulting outgoing and incoming students about their exchange semester, which definitely is a perfect match with my thesis – or vice versa? 😉

Julia Fischill Julia Fischill is a member of the general student consultation team and webmaster at the International Office (IO). She completed her master’s thesis as part of the MA Cross-Cultural Communication and International Relations at Newcastle University.

How to make the most of your semester or internship abroad?

eXplore! – The initiative that unites the spirit of research and entrepreneurship

Eager to create Green Business Solutions? Keen on working in an international setting?